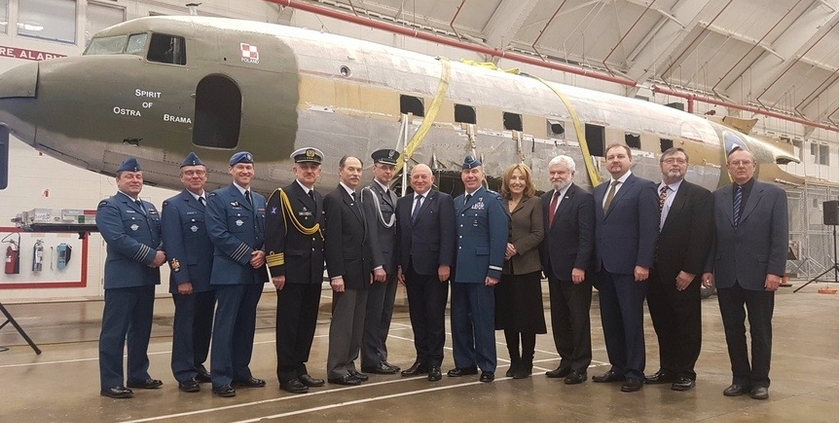 After years of efforts the Canadian authorities handed over to Poland the Douglas DC-3 Dakota “Spirit of Ostra Brama”.

Until now, the plane was in a military base in Winnipeg, Canada. On 8thMarch it was given to the Polish embassy in Ottawa and later transported to Poland. The famous DC-3 was manufactured in Oklahoma City in 1943. In January 1944 it was transferred to the British Royal Air Force and a few months later a Polish crew flew under the command of Capitain Józef Tyszka. After this flight, the machine had received the name “Spirit of Ostra Brama”. Later it was used to transport the Polish commander-in-chief of the armed forced in the West – General Kazimierz Sosnkowski.

After the war, the plane belonged to the next units in the RAF bases, but in 1946 it was sold to the Canadian airlines and converted to into a classic passenger plane.  Almost 50 years ago it was removed from the aircraft register and used only as a source of spare parts. Later it became the property of an air museum. Only in 2002, the history of the air craft was discovered and handed over to the 17thRoyal Wing of the Canadian Air Force in Winnipeg. In 2016 the plane was partially painted by local volunteers. On the basis of photos from World War II, they used the name “Spirit of Ostra Brama”.

Now, finally, thanks to the work and involvement of enthusiasts, volunteers and embassies, we will be able to admire it in the Polish Army Museum in Warsaw.